“Critics’ Pick. Stanley Nelson’s excellent new documentary…like any good work of history, sticks close to the facts, plotting complex events into a packed, fast-moving timeline… The film captures the drama of their rise and fall without sacrificing the nuances… The bulk of the testimony –rousing, rueful, funny and frank – comes from within the Black Panther rank and file… Mr. Nelson makes a strong case for their importance as both a political and cultural force… Sober yet electrifying.” – A.O. Scott, The New York Times

"MAGNIFICENT! A coherent picture of the messiest, most contentious radical group" -Stuart Klawans, The Nation

“The release of THE BLACK PANTHERS: VANGUARD OF A REVOLUTION is well timed. Next year will mark half a century since Huey P. Newton and Bobby Seale founded the Black Panthers, in Oakland, California… The period is revived by a wealth of songs on the soundtrack, and by the sleek and succulent Panther look. The black beret, the leather jacket, the bountiful hair: has any demeanor made such an impact, so fast? Photographers came flocking, and (Nelson) is at liberty to feast on the images, both still and moving, that ensued.” – Anthony Lane, The New Yorker

"Compelling and incisive. The most shocking aspect of Nelson's film is how painfully relevant its message still is."  -Nikki Baughan, Alliance of Women Film Journalists

"The film continues a discussion whose present-day relevance is painfully, increasingly obvious. Adding a bounty of excellent archival photographs and some good politics soul on the soundtrack." -John DeForce, The Hollywood Reporter

"Excellent. Exceptional! The women's voices are as vital and important as those of their male counterparts, something not often seen in documentaries about times of social change." -Kelly L. Carter, Buzzfeed

"The film is equal parts exhaustive chronicle of the Panther's peak era and a loving paean to the culture of the late '60s and early '70s, when social change was a big part of the zeitgeist." -Martin Johnson, The Root

“It’s the kind of documentary that’s easy to view as distant history, except that so many of the issues the Panthers took up (police brutality, systemic poverty, healthcare, feeding children) are, sadly, not history at all.” – Jason Bailey, Flavorwire

“The film demystifies an organization that paid a steep price for cultivating an aura of dangerous glamour.Among the surprising facts revealed is that a majority of the Black Panther rank-and-file were women. The organization ran community outreach programs in its home base of Oakland, Calif., one of which served breakfast daily to thousands of poor black schoolchildren… The movie implies that until (J. Edgar) Hoover carried out his campaign to destroy them, much of their rhetoric was theatrical bravado.” – Stephen Holden, The New York Times

“The film outlines the Black Panther Party’s history from its founding in Oakland, Calif., and its early 1960s heyday through its decline and eventual disintegration in the ‘70s and early ‘80s. There are portraits of celebrated leaders, like Eldridge Cleaver and Huey Newton, and copious evidence of the F.B.I.’s covert campaign to destroy the group, but much of the film’s interest and emotional impact comes from remembrances of lesser-known Panther alumni – call them survivors – like Jamal Joseph and Wayne Pharr.” – Mike Hale, The New York Times 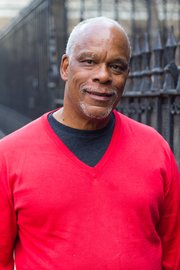 Seven years ago, I set out to tell the story of the rise and fall of the Black Panther Party, a little known history that hadn’t been told in its entirety. In particular, I wanted to offer a unique and engaging opportunity to examine a very complex moment in time that challenges the cold, oversimplified narrative of a Panther who is prone to violence and consumed with anger. Thoroughly examining the history of the Black Panther Party allowed me to sift through the fragmented perceptions and find the core driver of the movement: the Black Panther Party emerged out of a love for their people and a devotion to empowering them. This powerful display of the human spirit, rooted in heart, is what compelled me to communicate this story accurately.

It is essential to me as a filmmaker to try and give the viewer a sense of what it has meant to be black in America and consider this within our contemporary context. The legacy of the Black Panther Party had a lasting impact on the way black people think and see ourselves, and it is important that we look at and understand that. As a great lover of music, I wanted to capture this sentiment in the music we used to give audiences a sense of the time and the undercurrents of change and revolution.

I knew that archival footage would be just as important as interviews when telling this story. The Black Panther history cannot be encapsulated in sound bytes and stills; the movement continues to live and breathe in the hearts and minds of those who endured. I had to dig deeper for footage that captured an authentic portrayal of the Party and which was not distorted by mainstream media. What I found was a treasure of personal records from former members and allies across the globe. These rarely seen images became an important character in the film, telling the story of how the Black Panther Party impacted all communities. There is something incredibly powerful in seeing an array of faces - white, Asian, Latino, black, and native - together at a Black Panther Party rally calling for the reform of corrupt and unjust state institutions.

Nearly half a century later, we find our voices in a renewed chorus for justice and equality. We continue to witness a state apparatus that perpetuates a culture of fear and aggression with frequent and unwarranted displays of racial violence and oppression. As we consider the similarities between the injustices of yesterday and today, it is important to understand that the Panthers were energized largely by young people - 25 and under - who started as a small group of actively engaged individuals that collectively became an international human rights phenomenon. My hope is that the film reveals itself to be more than just thought-provoking observations of our past. The parallels between pivotal moments within the movement and events occurring in our communities today are undeniable. To better understand the Black Panther Party is to be able to better reflect on our own racial climate and collective responsibility to ensure basic rights are fulfilled, not diminished, and that voices of justice and dissent are celebrated, not silenced. 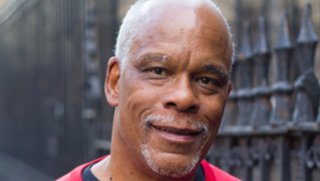 Stanley Nelson is an Emmy Award-winning documentary filmmaker, MacArthur “genius” Fellow, and member of the Academy of Motion Picture Arts and Sciences. He was awarded the National Humanities Medal by President Obama in August 2014. THE BLACK PANTHERS: VANGUARD OF THE REVOLUTION is Nelson’s 8th film to premiere at Sundance Film Festival. It will premiere in theaters this fall. Nelson has directed and produced numerous acclaimed films, including FREEDOM SUMMER, FREEDOM RIDERS, JONESTOWN: THE LIFE AND DEATH OF PEOPLE’S TEMPLE and THE MURDER OF EMMETT TILL. He is also the co-founder and Executive Director of Firelight Films and co-founder of Firelight Media, which provides technical support to emerging documentarians. With numerous industry awards to his credit, Nelson is acknowledged as one of the preeminent documentary filmmakers working today. Currently in production on TELL THEM WE ARE RISING: THE STORY OF HISTORICALLY BLACK COLLEGES AND UNIVERSITIES, which is the second in a series of three films Nelson will direct as part of a new multi-platform PBS series entitled America Revisited. 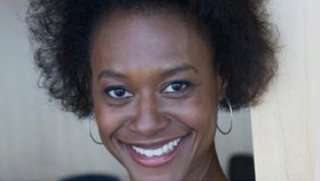 Laurens Grant is a Peabody and 3-time Emmy award-winning producer and director who has been making films for more than a decade. Her latest documentary, JESSE OWENS, won an Emmy for Outstanding Research and received 2 Emmy nominations for Outstanding Historical - Long Form and Outstanding Music and Sound.

The film is the first full-length documentary about the life and legacy of the African-American sprinter whose four gold medal wins at the 1936 Berlin Olympics defied Hitler’s Aryan beliefs. Grant also produced the documentary FREEDOM RIDERS which premiered at Sundance, won a Peabody, 3 Primetime Emmys, was featured on Oprah, and clips are featured in Lee Daniels’ film, THE BUTLER. 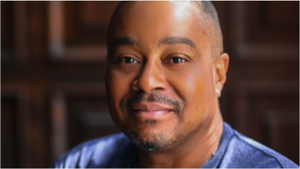 Aljernon Tunsil is an Emmy-winning editor who has been editing films on a range of topics from civil rights, Native Americans and political issues for more than a decade. His latest film, the critically-acclaimed FREEDOM SUMMER, premiered at Sundance. His other films include the Emmy-winning films JESSE OWENS and FREEDOM RIDERS; and THE ABOLITIONISTS, a 3-hour documentary film about a brave multiracial abolitionist movement that banded together to end slavery in the United States.